Inside Story in Hobart report

‘Inside Story’ at Fullers Bookshop in Hobart (Oct 30th)  kicked off with a flamboyant de-wigging by glamorous author Angelica Banks.  Angelica’s twin alter egos, Heather Rose and Danielle Wood, impersonated their fictional writer Serendipity Smith, peeling off outer disguises to reveal the hardworking mothers underneath.  Next, Captain Blueberry – sometimes mistaken for author/illustrator Rachel Tribout – took us on a voyage of discovery with the Monsters of Tasmania.  And there were gasps as Coral Tulloch produced the 30-year-old dummy that inspired her recent book, The Journey.  That's a book dummy, not the other sort! I told the audience about an African campfire where you can always go to meet a little Girl in Sudan.

Lindsey Little was expected to say a few words about her first novel James Munkers: Super Freak, but instead two eerily similar Guardians from another dimension materialised to tell the caustic truth about poor James.  Anne Morgan told us how to fight climate change by listening to chickens and marrying the princess with the Smallest Carbon Footprint in the Land.  And as if all that wasn’t enough, North Island of Australia escapee Alison Lester revealed where she got the idea for Kissed by the Moon, leaving the audience in no doubt that inspiration can be found in the humblest of places.  The happy crowd ate food inspired by the books, won lucky door prizes and bought books.  The authors and illustrators had a love-in and we all went home wrapped in the glow that is SCBWI.  Many thanks to Fullers Bookshop for hosting Inside Story in Hobart – we can’t wait for next time! 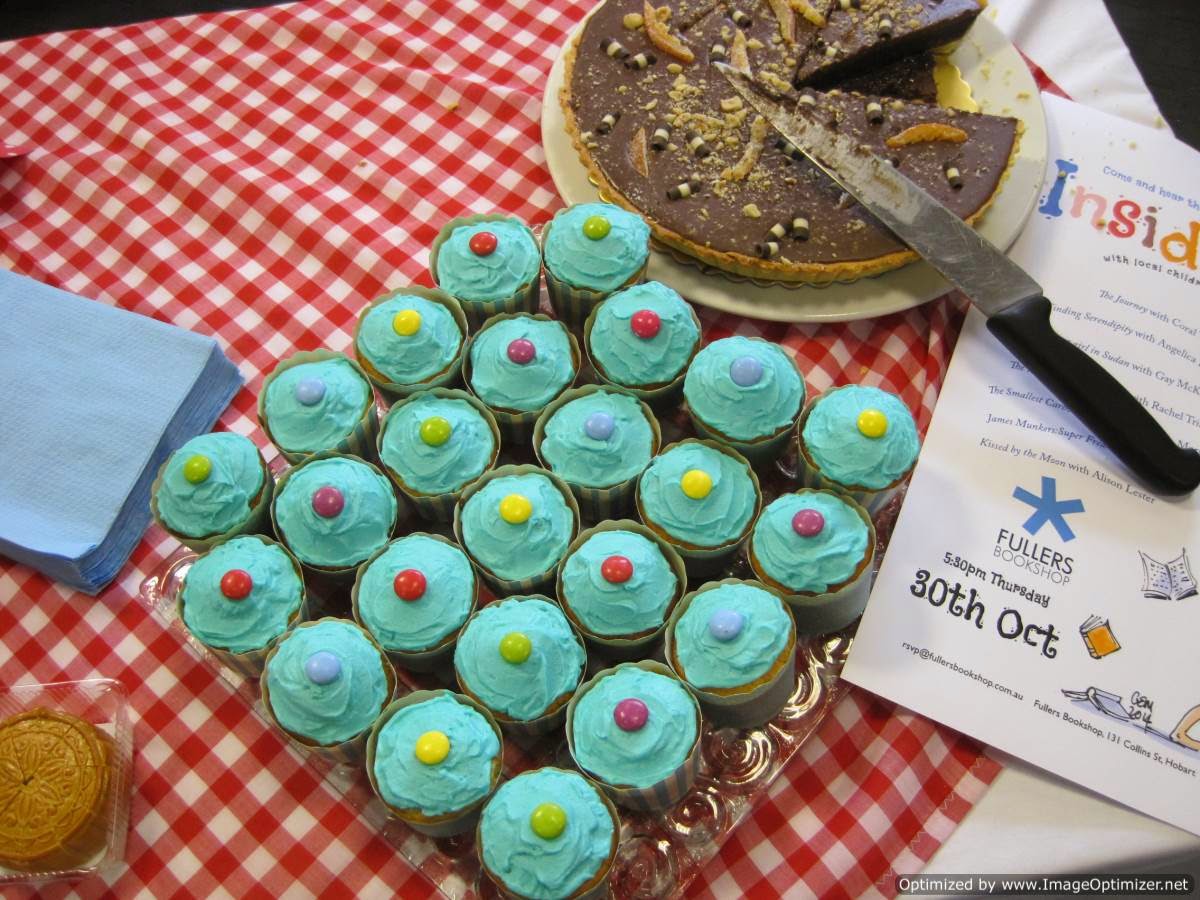