Since childhood, I've nursed a burning ambition to be completely idle.  That's right, I want to do nothing whatsoever except lie on the lawn in the sun with the dog, staring at the undersides of nasturtiums and the unfolding drama of the sky.  Tragically, this ambition remains unfulfilled owing to other competing ambitions such as being an artist/writer/scientist, eating, living in a house, etc.  But as old age approaches I realise there's still time.  Meanwhile, I content myself with staring at clouds for at least ten minutes a day.

I thought I was alone in this form of woolgathering until I happened upon a marvellous little publication called 'The Cloud Collector's Handbook' by Gavin Pretor-Pinney.  This pocket-sized book is the official publication of the Cloud Appreciation Society, whose membership numbers nearly 36,000.  That's right, these folks love to watch clouds and they make no apology for it. I love this book as an artistic resource, since clouds offer so many possibilities for adding drama to a painting - after all, where would a haunted house painting be without a lurid mackerel sky? or a kite-flying scene without some fluffy cumulus? - but it's also endowed me with a new ambition, to see the fabulous Kelvin-Helmholtz wave cloud formation, not to mention the Brocken spectre (buy the book!)
Coincidentally, I recently attended art classes with Margaret Sonnemann, author of the gorgeous, locally produced Aurora Chaser's Handbook.  The aurora chasers are a group of fellow Tasmanians who spend their nights out gazing at the skies and taking extraordinary photos of our aurora australis.  So much to do, so little time!

The pie below features a cumulonimbus topping.  It may be time to do a little baking... 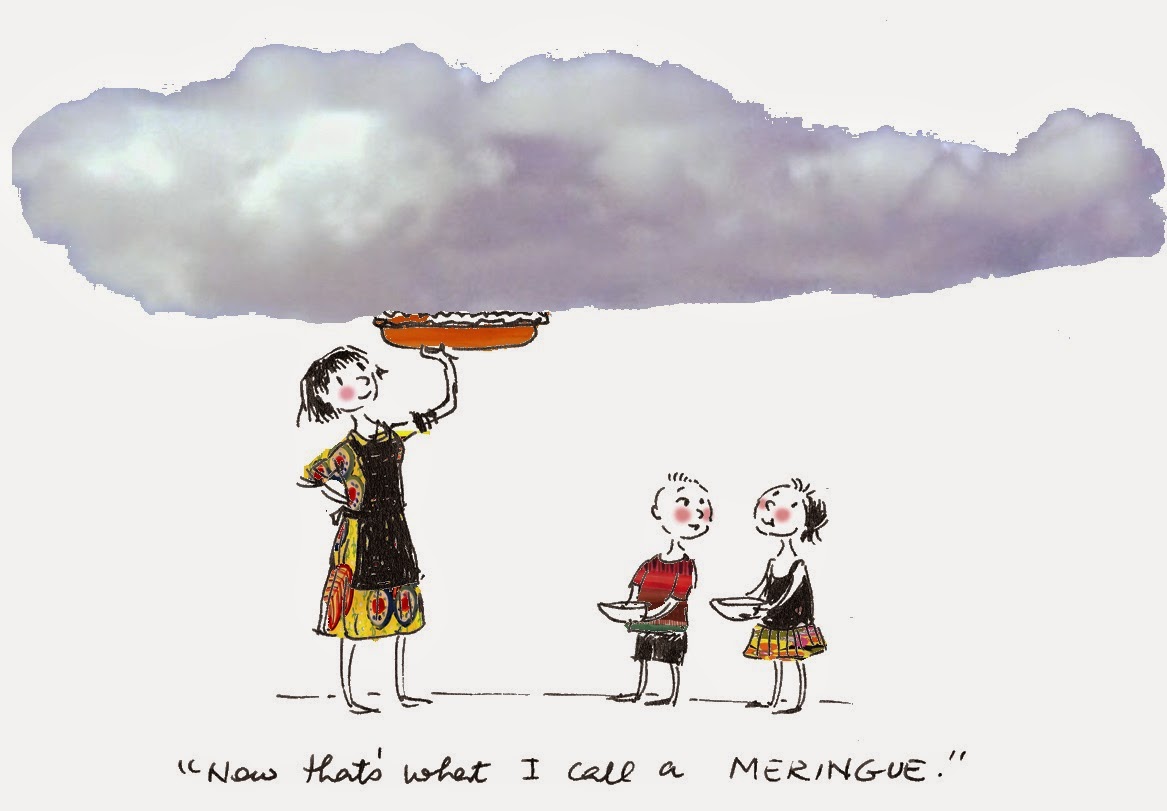