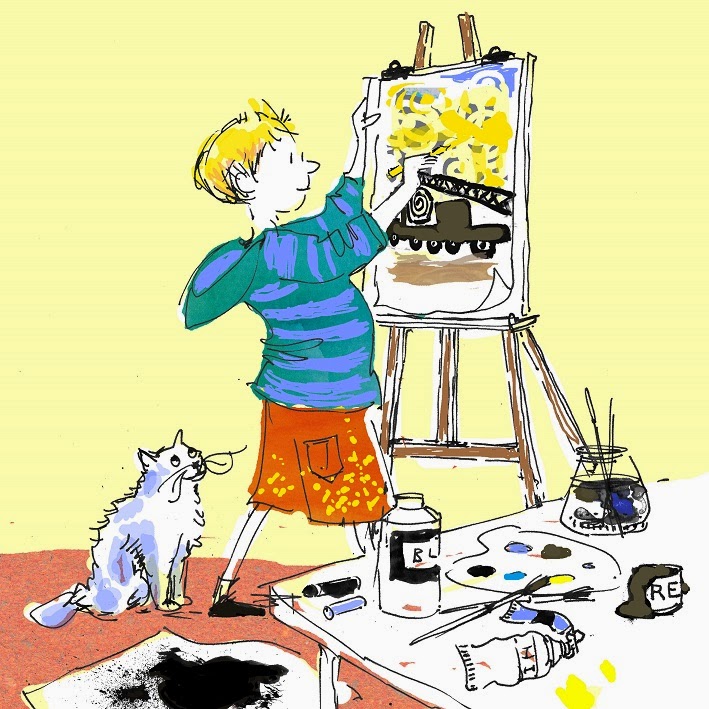 This week I've been working on a picture to promote Castlemaine author Toni Pellas' picture book, 'Fire Engine Green'.  Toni plans to do a crowdfunding campaign to produce this book, which explains red-green colourblindness to children, parents and teachers.  Although this form of colour vision is quite common, little attempt is made to accommodate it in the design of textbooks, software, websites, traffic signals and other vital resources - often leaving a sizeable chunk of the population disadvantaged.

Toni and I bounced ideas back and forth to find an idea that would represent the theme of the book and  be accessible to all forms of colour vision.  In the book's title scene Bartholomew, the hero, enthusiastically paints a green fire engine.  We wanted to use this scene, and Toni asked me to make the fire engine the actual colour that Bartholomew would see.  Toni went shopping with her son Rob, who inspired the book, to select a tone of green paint that he saw as similar to fire engine red.  Then she painted the fire engine.  It looked so great I used her painting in the picture.  To add a bit of fun and confusion, I put in a matching paint jar with only the letters RE left unobscured - red or green? 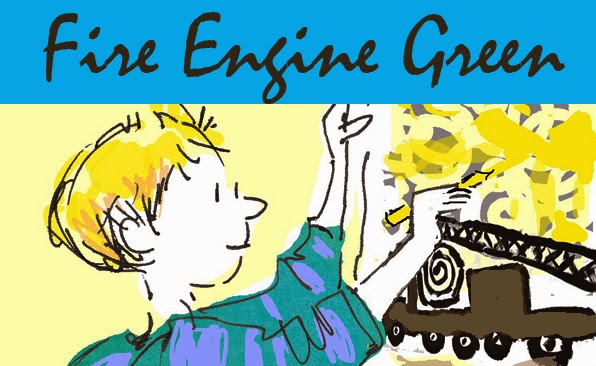 I checked the picture for tonal values and also ran it through a simulator to see how it would look to people with protanopia or deuteranopia (forms of red-green colourblindness).  I had to fiddle with the colours in Photoshop several times to create something that read clearly in all versions.

There is no cat mentioned in the book but I thought it would be nice to add one - NOT a ginger cat but a bluey white one that would
look colourful to all types of vision. This has been a brain teaser but a lot of fun.  Toni has started a Facebook page about the project and is putting her own brainpower into networking and generating interest.