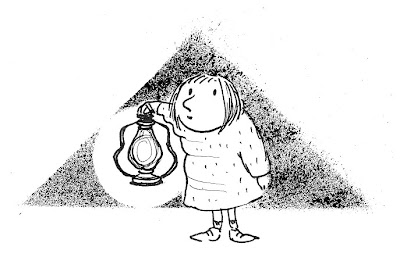 Here, for no reason at all, is this week's poem:

(The illustration is an adaptation of one I did for quite another purpose this week.  Is it obvious that Myra was originally a bird?)
Posted by Gay McKinnon at 1:57 PM