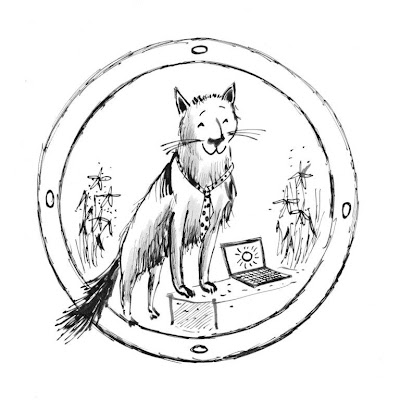 Bless me, bloggers, for I have sinned.  It's been three weeks since my last blog post.  This has been due to a winter escape.  I fled from the computer and the studio, up to sunny north Queensland to bask on a beach.  Tropical fruit!  Sugar cane!  The Great Barrier Reef!  Swimming in balmy 25C water with turtles and manta rays!   What could be nicer?  But today it's back to work and according to my calendar, it's also the winter solstice.  Smarty-pants, who shall remain nameless, says my calendar is wrong and the solstice is not today.  But it seems pretty cold, dark, short, nasty and brutish (with apologies to Thomas Hobbes) to me.  So I choose to believe that today is the solstice and from here on, the days will be longer, lighter and warmer.

Here are a few new illustrations for 'The Smallest Carbon Footprint in the Land' by Anne Morgan.  Before going on holiday I sent them up to the publisher, IP Kidz ... and on return, received their email to say they are happy with them ... so I'm celebrating with some tropical fruit wine.  The large Scot depicted with bulbous knees is called Gordon.  He is in the same story as that lazy boy, also seen sleeping in while the cow is left unmilked.  A friend suggested I should make the cow's spots look like a map of the world, which is an excellent idea.  Do send ideas if you have them - I need them.  The wolf is from another story and is posing as a solar panel salesman (as seen through a spyhole in the door).  Would you let him in? 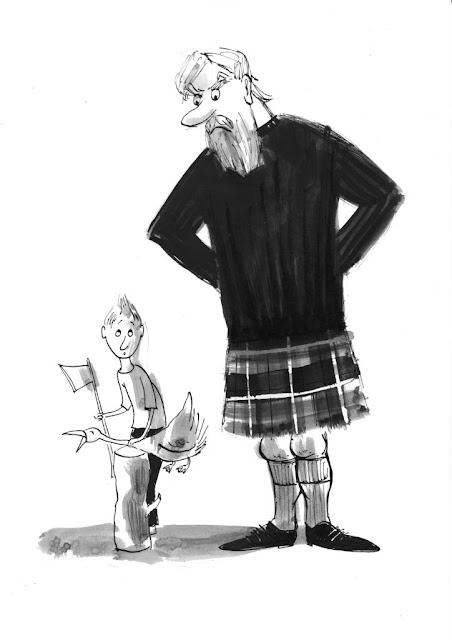 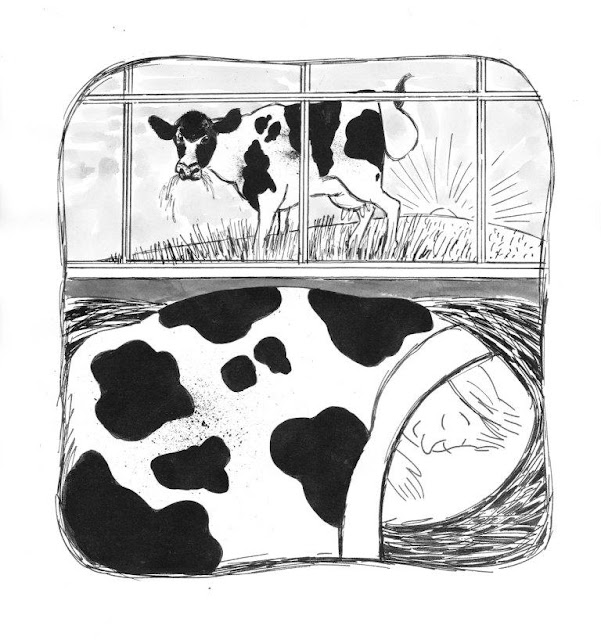