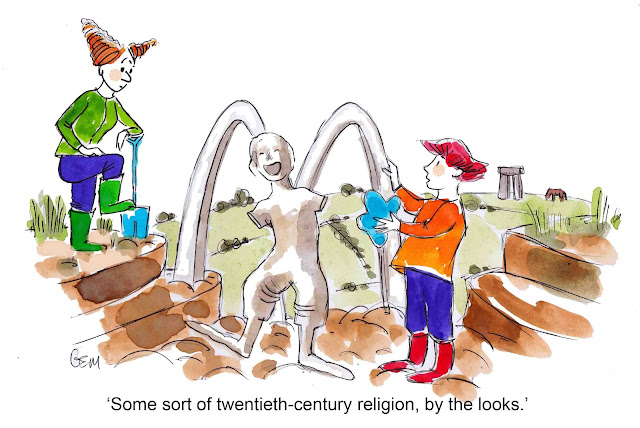 I'm adding a note of explanation to this because a few people have asked me questions!  Yes, it's a faded Ronald with his arches, but I didn't realise they looked like angel's wings until someone pointed it out to me. I like the idea that future archaeologists will assemble the whole thing as an angel, though.

I drew it because I read that those lovely classic white Greek and Roman statues that we admire in galleries were gaudily painted when they were made ... which begs the question, will Ronald acquire dignity when he fades and his arms break off?
Posted by Gay McKinnon at 10:01 AM