Do you like my headline?  I stole the formula from the Hobart Mercury.  What you do is, select four monosyllabic nouns, and arrange them to suggest something torrid.  Extra points are awarded if you use a noun that is also a verb.  For example: YACHT MAN KILL PROBE.  This means there will be a murder (kill) investigation (probe) into the mysterious death of a man on a yacht.  Try it!  With practice, almost anything in life can be reduced to this simple formula.  Octopus stole your washing?  EIGHT ARM HOIST HEIST.  Koala in your wardrobe?  FUR BALL VAULT SHOCK.  A wardrobe isn't really a vault, but you don't have to be accurate.  You could also call it a TRUNK, SAFE, BIN or LOFT.  Post your own here, or send me a story and I'll convert it.

All this is just a preliminary to my complaint that shield bugs are using our broad beans as mattresses for their summer loving.  Take a look: 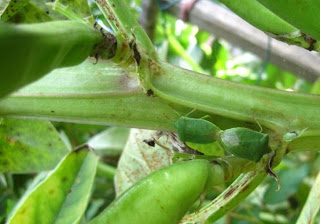 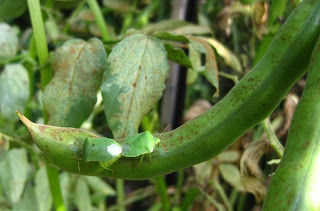 There is some art in this post.  I found the bugs while running round the garden with photo-sensitive paper to make sun prints.  These are a few selected prints, which I can now turn into pendants or cards. 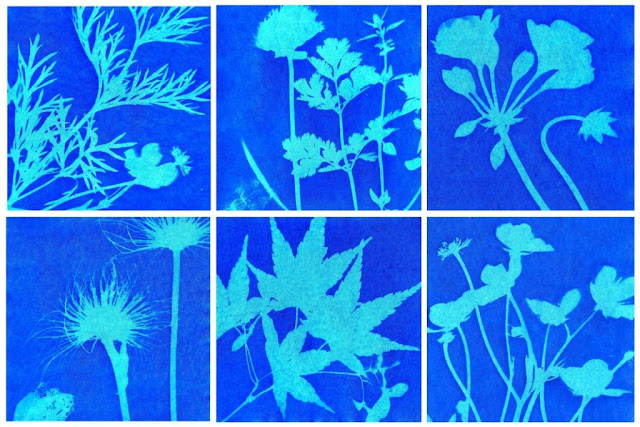 I also tried some common objects.  I like the tintacks, which came out looking rather Japanese.  Check out the see-through effect from the transparent plastic objects. 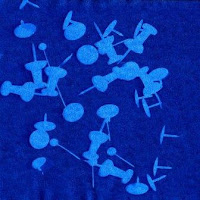 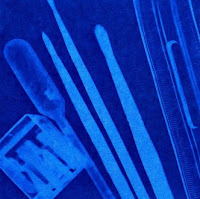