I'm thrilled to announce that I have WON this year's CYA illustration competition, which was judged by Zoe Walton of Random House.
The competition helps new illustrators by providing feedback and exposing their work to publishers.  My winning entry was a series of drawings for Claire Saxby's text, "SuperKate and her Magic Cape".  There was a choice of three texts for the competition and I was immediately attracted to Claire's, which was as fresh and bubbly as a glass of lemonade.  (I would say champagne, but that wouldn't be suitable for children).  It needed something light, and I thought it would most likely be published in black and white - so after trying various looks, I made the pictures very simple.  I'm really encouraged (and astounded) to have won using this approach, because this is the kind of work I would like to publish.  Thank you everyone who saw the news online and in Pass It On and got in touch - great to have your support. 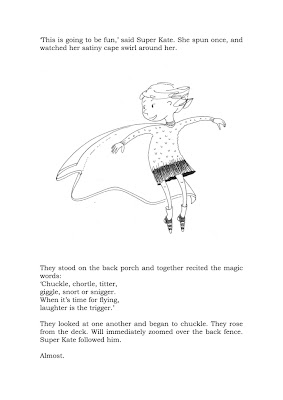 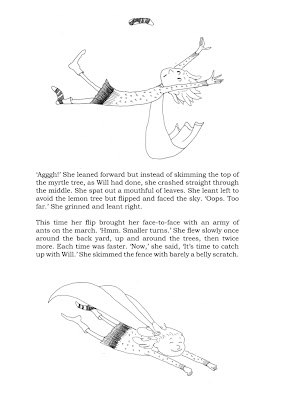 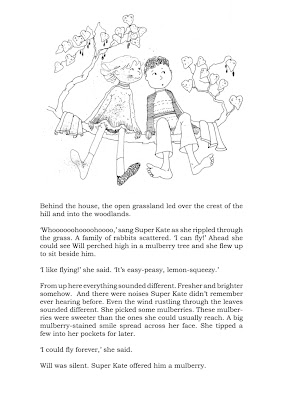