From bluegrass to blue toes (or, I left my heart in Colorado ... the airline left my bags at LAX) 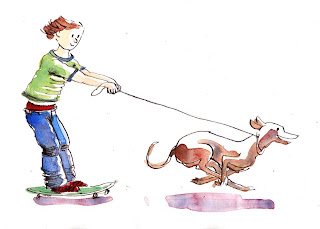 Excuse my extended break from the blogosphere, but I’ve been having a little winter escape.  We’ve just returned from the USA, where the trees are in new leaf, the deserts are full of flowers, and happy music lovers are embracing a range of summer music festivals – including the Telluride bluegrass festival, a grand opportunity for people-watching (see sketches).  It’s a shock returning to the winter solstice and Antarctic blast of Hobart, but a pleasure nonetheless. 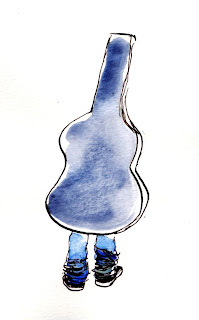 Our trip took us from the beaches of Hawaii to the snowy sequoia forests of California, then via the canyons of Utah to the peaks of Colorado.  We saw orange orchards laden with fruit on plains below snowy mountains.  Bears and prairie dogs.  Sandstone weathered into cities of spires and turrets.  And a lot of strange accommodations – from the breathlessly hip San Francisco hotel where the toiletries were a grab-bag of free samples from glossy magazines (thus, hair spiking gel and eyeliner remover, but no soap) to the rustic log cabin where we found a Canadian dollar between the unwashed sheets, and the spa in the mountains with a genuine cave in the basement where you could stick your feet in a piping hot spring.
I took far too many photos, mostly of flowers.  The alpine meadows overflow with plants that we carefully cultivate in our gardens here – lupins, columbines, ranunculus, iris – all against a patchwork backdrop of aspen and pine, rising up to dramatic snow-capped peaks.
I can't resist posting a few snaps.  These are: bear in giant sequoia forest, California; me basking on a salt pan in Death Valley, California; the imposing walls of Zion National Park, Utah; saffron cactus flower, Utah; beetle standing on its head in the late afternoon, Utah. (I saw two beetles do this.  They balanced themselves carefully into a headstand, pointed their backsides at me and slowly waggled their hind legs.  I'll be speaking to an entomologist shortly to get the reason for this!!)  With time and work I hope to paint some landscapes from the trip. 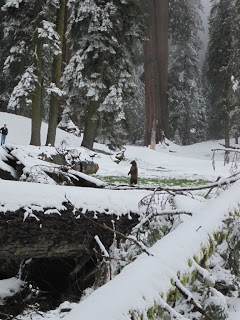 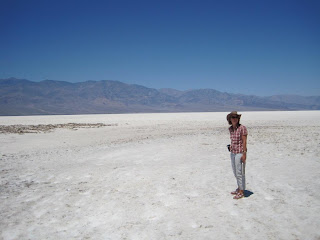 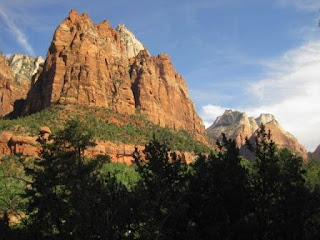 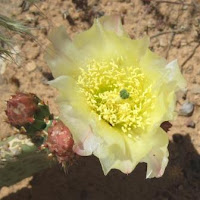