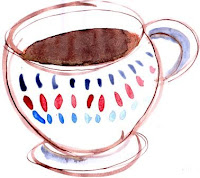 Has everybody noticed that items more than 2011 years old are now being dated at so many years BCE (Before Common Era) instead of so many years BC (Before Christ)?  The year numbers remain the same, but the origin of the dating system (which was devised by a monk, Dionysius Exiguus, in 525 to replace the Roman system) has been intentionally obscured.  The prefix AD for Anno Domini, ‘in the year of our Lord’, has also been replaced with the suffix CE (Common Era).  The rationale behind this is that the term ‘Common Era’ shows greater sensitivity to those who are non-Christians, but use the same calendar.

I was preparing a little rant about this latest apparent manifestation of political correctness when I decided to do some fact checking on Wikipedia, and discovered that the term ‘Common Era’ has been in use for centuries.  In the past it was used interchangeably with the terms ‘Christian Era’ and ‘Vulgar Era’, both of which designated the same dating system.  I also discovered that any clever remarks I’d been planning to make, such as: “Why don’t we also get rid of all the names of months and days that refer to Roman, Greek, and Germanic deities?” and “Why stop there – why not pivot history around an entirely different date?” have already been made by others.  And was reminded that the world is and will always be a glorious mess, wherein no rule can or ever will be applied consistently, there will never be full consensus on any topic, and those who are locked in a bitter struggle over this one will probably look back in years to come and wonder whether it was worth all the angst.

So if you’ll excuse me, I think we should all stop fighting and come up with our own dating systems, and hereby present my own which is based on an event very close to my heart.  I mean the dramatic switch in Australian cafes from drip filter coffee, which was common during the years BCE (Before Cappuccino Era) to that range of fancy milk-laden barista coffees that overwhelms us in the current era (ADSL, After Decaf Soy Latte, sometimes known as ADSL2+ or After Decaf Soy Latte with two sugars).

Do you ever yearn for the days when it didn’t take twenty minutes to get a cup of coffee?  When coffee cost a dollar, instead of nearly five?  When coffee sat in a pot on a hot plate and you could refill your cup as many times as you liked, at your leisure, without paying any more as you sat in a bakery, munching and studying and scribbling in the margins of your book?  I was reminded of the terrible price we’ve paid for becoming a barista coffee society when I went to the Byron Bay Bluesfest over Easter (aka the Four-Day Break In March Or April, Or May Depending On Where You Live).  There were no queues at the bar.  Those who wanted booze bought tickets for beer or spirits, which they exchanged instantly for cans.  But the coffee queues were interminable – and the product mostly air.

There is still a place where coffee is cheap, hot, immediate, strong and bottomless.  It’s called the United States of America.  Please, USA, don’t ever, ever change that.
Posted by Gay McKinnon at 1:51 PM