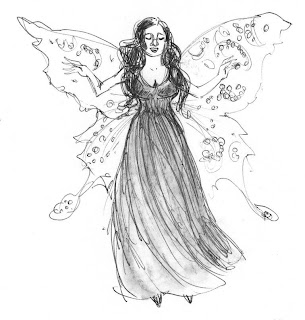 On Sunday evening I fell to temptation and watched that ultimate tribute to musical kitsch, the Eurovision Song Contest.  It’s not that I enjoy it – it’s just something that has to be done.  Annually. This year, disappointingly few of the songs were truly awful, but there was a satisfying surplus of hairspray, indefensible shoes, and filmy costumes billowing in a powerful airstream.  Indeed, Ukrainian entrant Alyosha seemed actually to be singing in a hurricane, although her eyelashes remained glued firmly in place.  Bosnia-Herzegovina’s line, “This is the time to melt the ice” was timely in the era of global warming, but Russia’s “Lost and Forgotten” seemed a bad title for a competition song.
For me the great moments of Eurovision come from the truly mystifying songs – like Greece’s effort a few years back, “Use the Password – SAGAPO” (say what?).   This year, Armenia filled that category with their entry, “Apricot Stone”, which featured a beautiful girl and a giant sculpture of – you guessed it – an apricot stone.   Belarus wore pop-up butterfly wings (see pic), France went all sporty and Turkey glowered in black leather.  But none of them could compete with Germany’s fresh-faced, funky Lena whose song “Satellite” was just so darn catchy, it’s been in my head for two days.  I’m going to YouTube to listen to it now.
Posted by Gay McKinnon at 9:25 PM